This large collection was gathered by Father Ezio Boarini, a parish priest living near Parma,whose lifelong passion were lepidopterans. The specimens were collected not only by Father Boarini himself, but also by other missionaries living in other continents who were requested to. In that way he could gather a  large number of specimen types, also from the tropics.

The collection has not any prevailing scientific aim, but it is very useful to show the many varieties of this animal group and the individual variations, which could be , in some cases, really difficult to detect. This happens frequently when we deal with species whose many specimens are contained in the same drawer.

On display are both more familiar butterflies and moths; among them the well-known  “Death’s-head hawk moth”, made famous by the film “The silence of the lambs”, and a few coleopteran species. 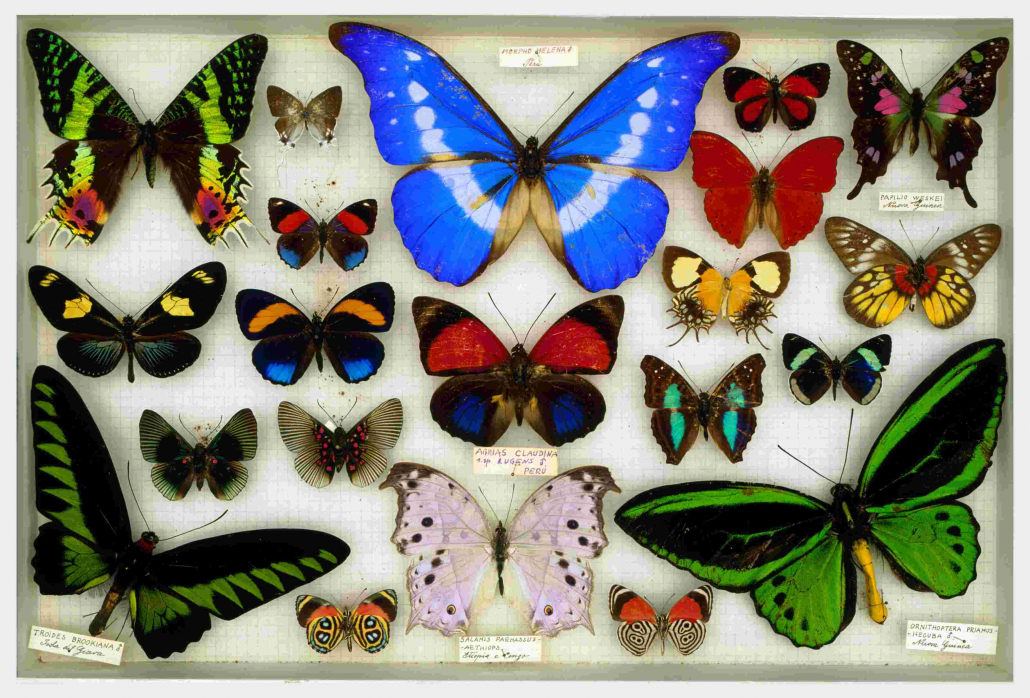 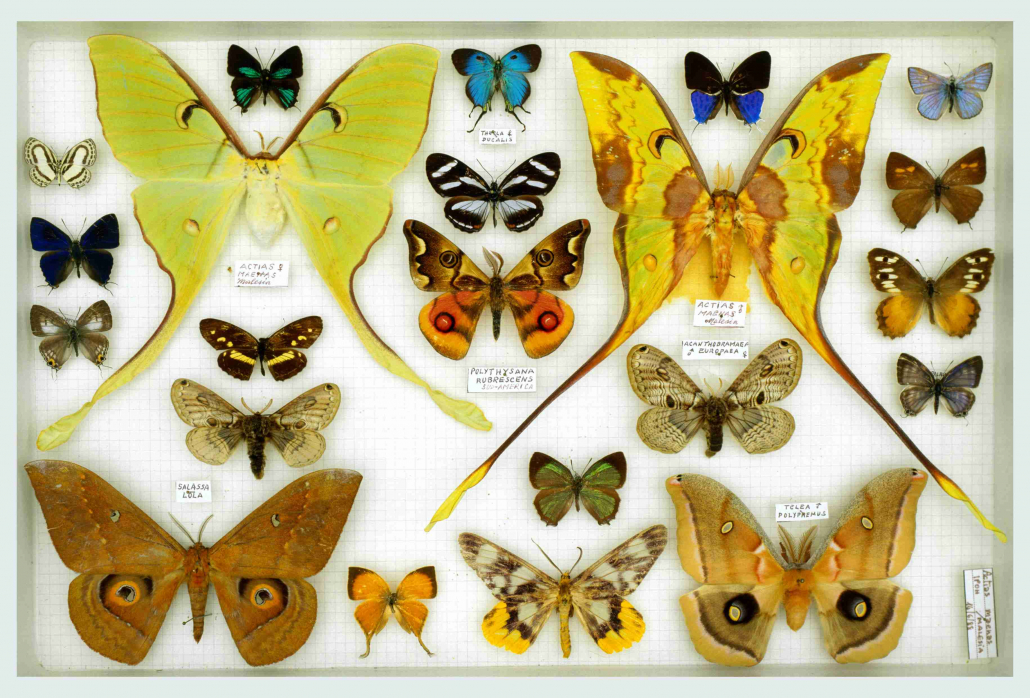 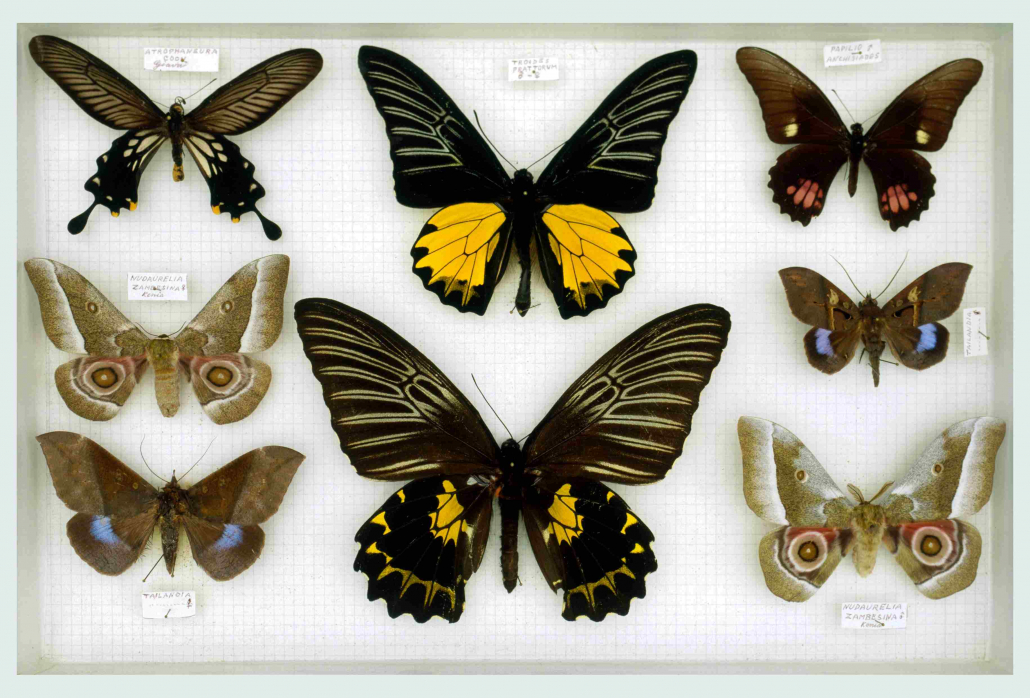 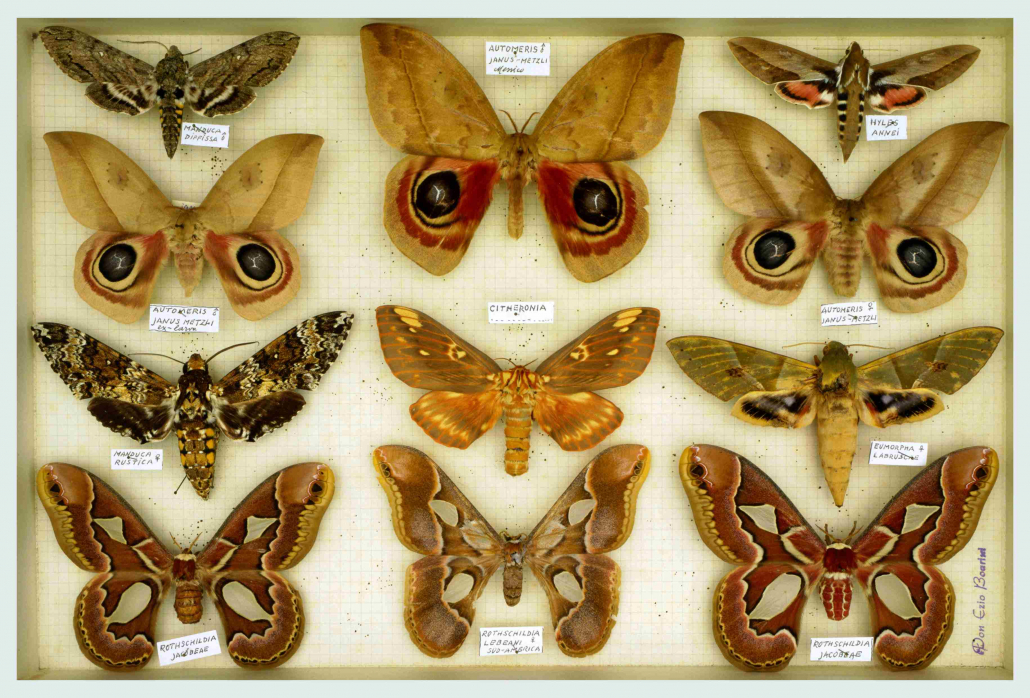 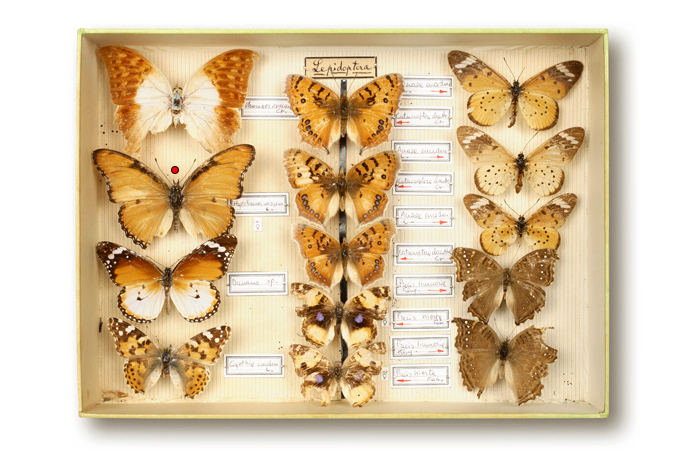 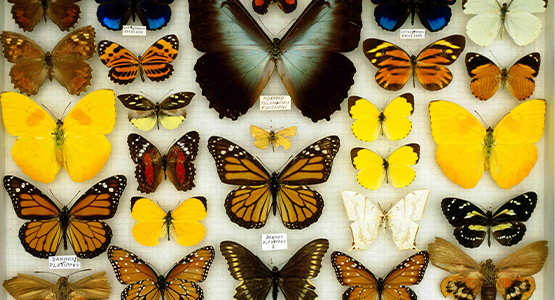